I see nothing wrong with making food more amusing, especially if doing so inspires kids to eat it. Mashed potato volcanoes with hot lava became a fixture on their repertoire, and it accomplished the feat of getting mine to eat two — or three —vegetables in one dish.

Put the diced potatoes in a large saucepan and cover with water. Bring to a simmer, then cover and simmer over medium heat until tender, about 15 minutes.

When the potatoes are done, drain them and transfer to a mixing bowl. Add the vegan butter and nondairy milk and stir in. Mash the potatoes well with a potato masher, then add a little salt if desired. 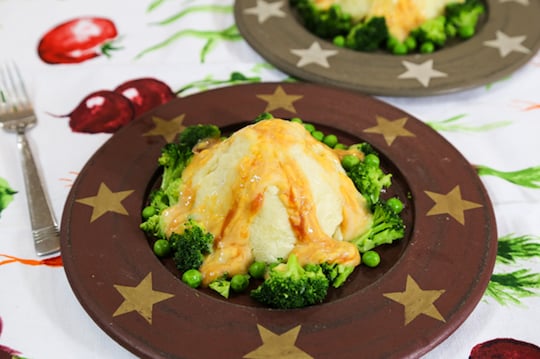 To make the hot lava, heat the nondairy milk in a small saucepan. Dissolve the flour in just enough water to make it smooth and flowing. When the milk is hot, stir the dissolved flour slowly into the saucepan. Sprinkle in the cheese and stir until it melts. Simmer the mixture gently until smooth and thick. Stir the ketchup into the sauce, but leave some red streaks showing, so that it looks “fiery.”

Divide the mashed potatoes among 4 serving plates. Have everyone shape them into volcanoes, then press the tops down lightly to flatten, and finally make a small indentation at the very top with their thumb. Then, have the kids arrange some of the peas or broccoli florets around the volcano.

Let each child pour some of the “lava” into the indentation at the top of each volcano with a small ladle. It should flow down the sides. It’s fine if it drips over the greenery too. Eat at once, before the lava solidifies into magma! 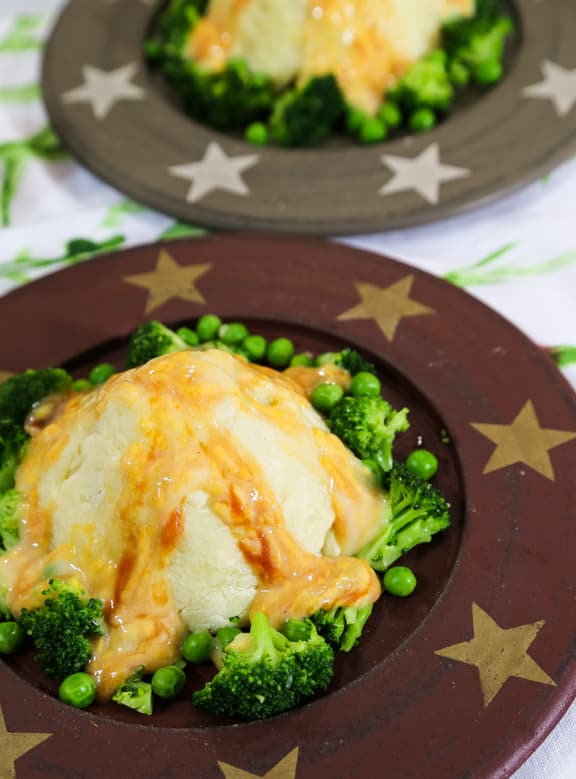