Who doesn’t love quinoa? I particularly love the red version – you can combine red, black and white for a wonderful look. Such a wonderful ancient seed – not really a grain, but you can use it as such. Quinoa is an ancient seed (not really a grain) from the Inca civilization. It's a complete protein and contains more than other grains. Reprinted with permission from There's a Vegan in the Kitchen: Viva la Vegan's Easy and Tasty Plant-Based Recipes * by Leigh-Chantelle from Viva la Vegan! copyright © 2014. Published by Epicentre Equilibrium.

In a saucepan, combine the quinoa and water. Bring to a slow boil, then lower the heat, cover, and simmer until the water is absorbed, about 15 minutes.

In a skillet or stir-fry pan, sauté the garlic cloves in a small amount of water.

Add the eggplant, squashes, zucchini, and bell pepper, and stir-fry until tender.

Add the bok choy and stir-fry until tender-crisp.

Stir in the cooked quinoa, season with salt and pepper, and serve. 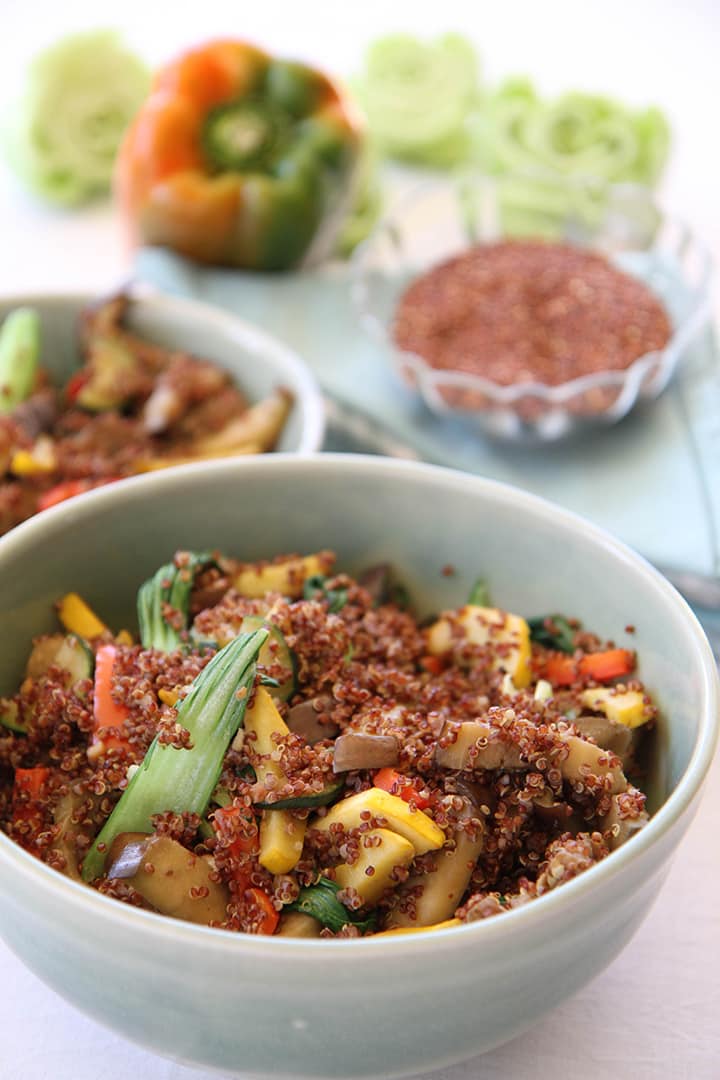 *This post contains affiliate links. If the product is purchased by linking through this review, VegKitchen receives a modest commission, which helps maintain our site and helps it to continue growing!